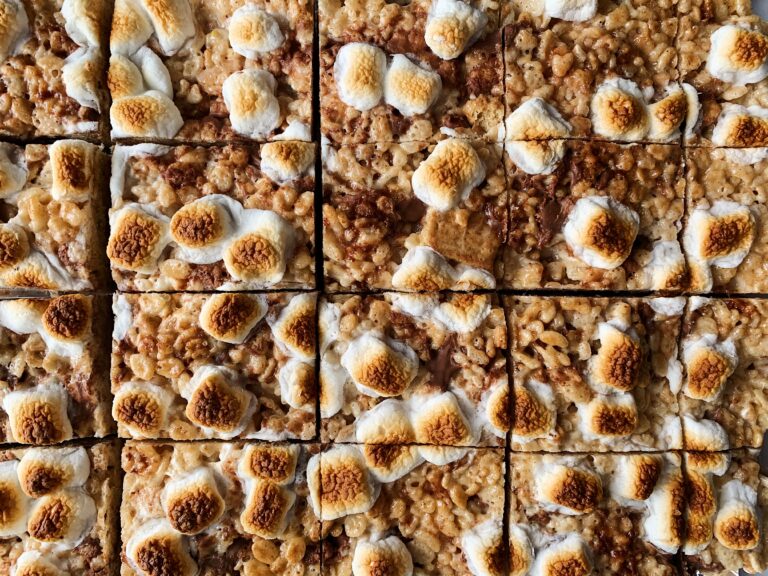 Now that it’s the end of summer, what better time to post this recipe of s’mores rice krispies treats? Haha! But man oh man, has this summer been crazy.

On top of covid, we decided to sell our house and move. In the meantime, we’re building our next house, so things have been a little busy around here. This is a recipe that I had posted on my Instagram, however, so it’s been out there for a minute. (By the way, if you’re not following me over in Instagram world, give me a follow and let’s get to know each other!)

I think it goes without saying that this recipe can be made any time of the year. I mean, it’s obviously perfect for summer because duh, s’mores. But say it’s the middle of January and you’re just jonesing for some good s’mores flavor. These babies won’t let you down!

So how do we make s’mores rice krispies treats?

First, we start with a base of Rice Krispies. Then we start adding even more delicious things like graham cracker chunks and unmelted marshmallows. After we’ve browned some butter and mixed in mini mallows to let them melt, we combine both mixtures. Then at the tail end when things are still mostly warm, we add the chocolate chips (I love, love these milk chocolate chips from Guittard) so we can get them a little melty but not completely melted. Mmmm…are you hungry yet?

After the mixture is combined, we pour it into a pan to let it set. Then here comes the best part! We add more mallows on the top then pop the pan into an oven under the broiler so the marshmallows get nice and toasty. Just typing this makes me wish I had more again!

Once the treats have had a little while to set up, you can cut and serve them. Or just eat them out of the pan. Who am I to judge here?!

If you don’t eat the whole pan at once (ha!), it’s best to store them in an airtight container. They’ll keep for a few days.

I hope you enjoy these fun s’mores rice krispies treats! 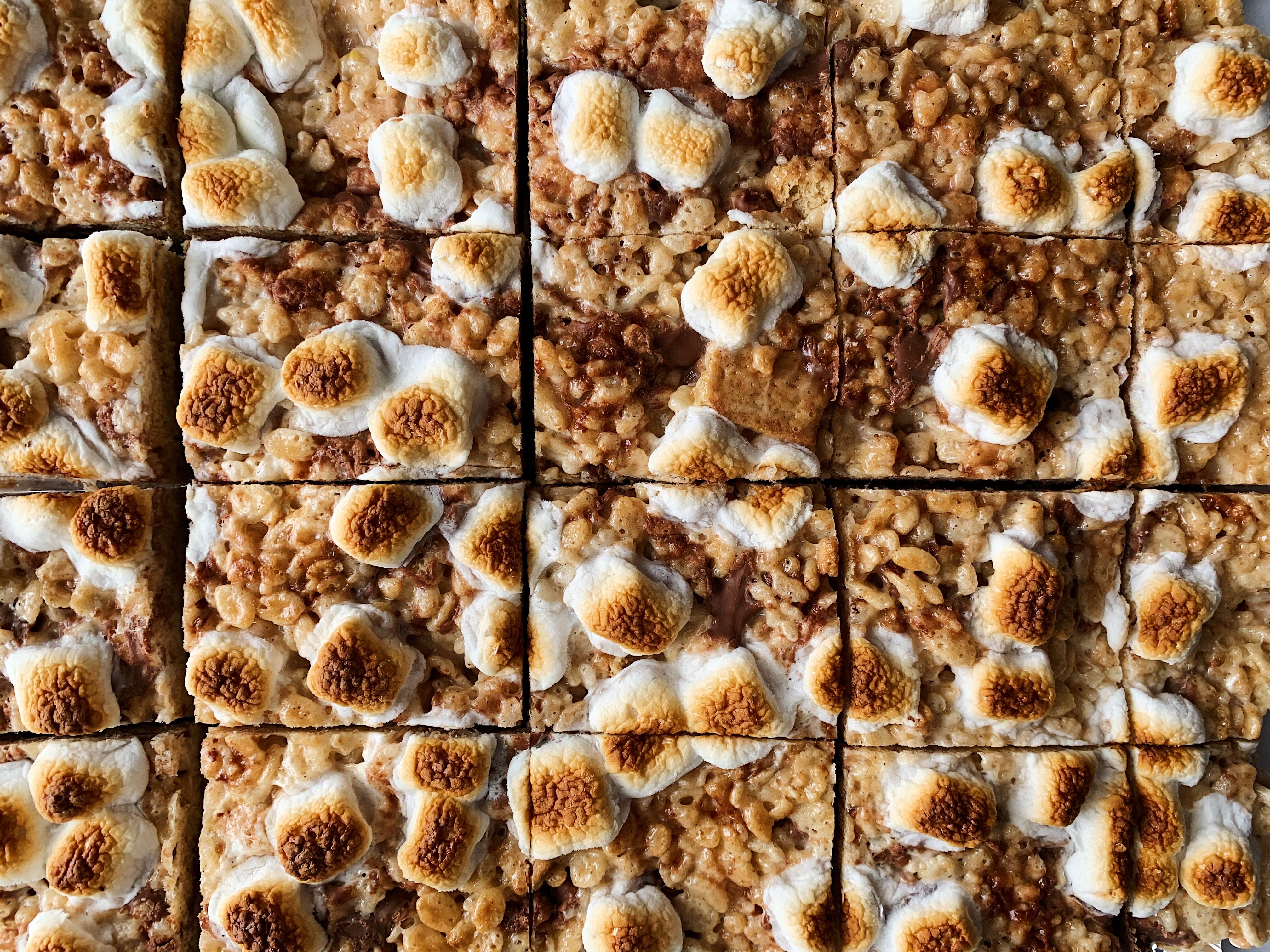 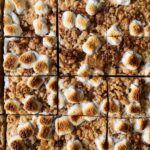 These fun, toasty summer snacks can be made any time of the year!