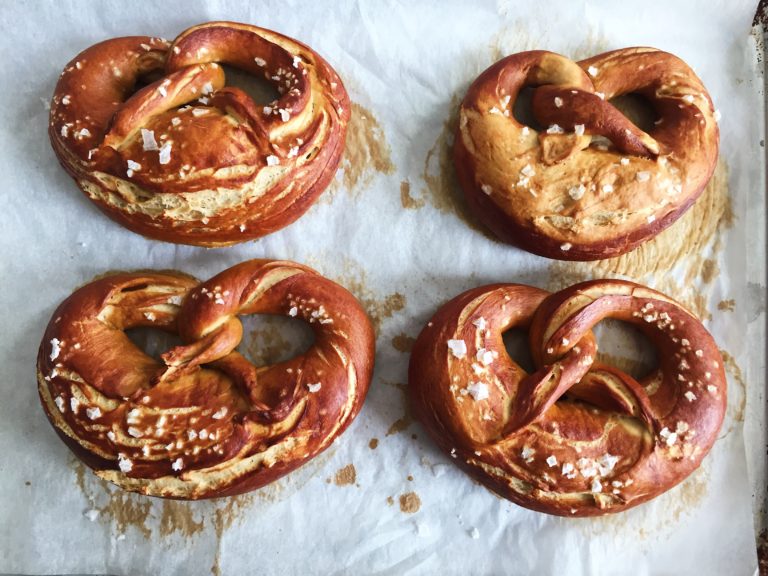 Over eight years ago, we moved to Germany. It was a little daunting to say the least, but we were also excited for an amazing adventure and all the memories we were going to make. We settled in Waiblingen, a small suburb just outside Stuttgart. To say we had a blast would be an understatement. I love Germany and would love to go back any day.

Spoiler alert–Germany has amazing food. I know so many people aren’t going to believe me. What’s so amazing about brats and potatoes? 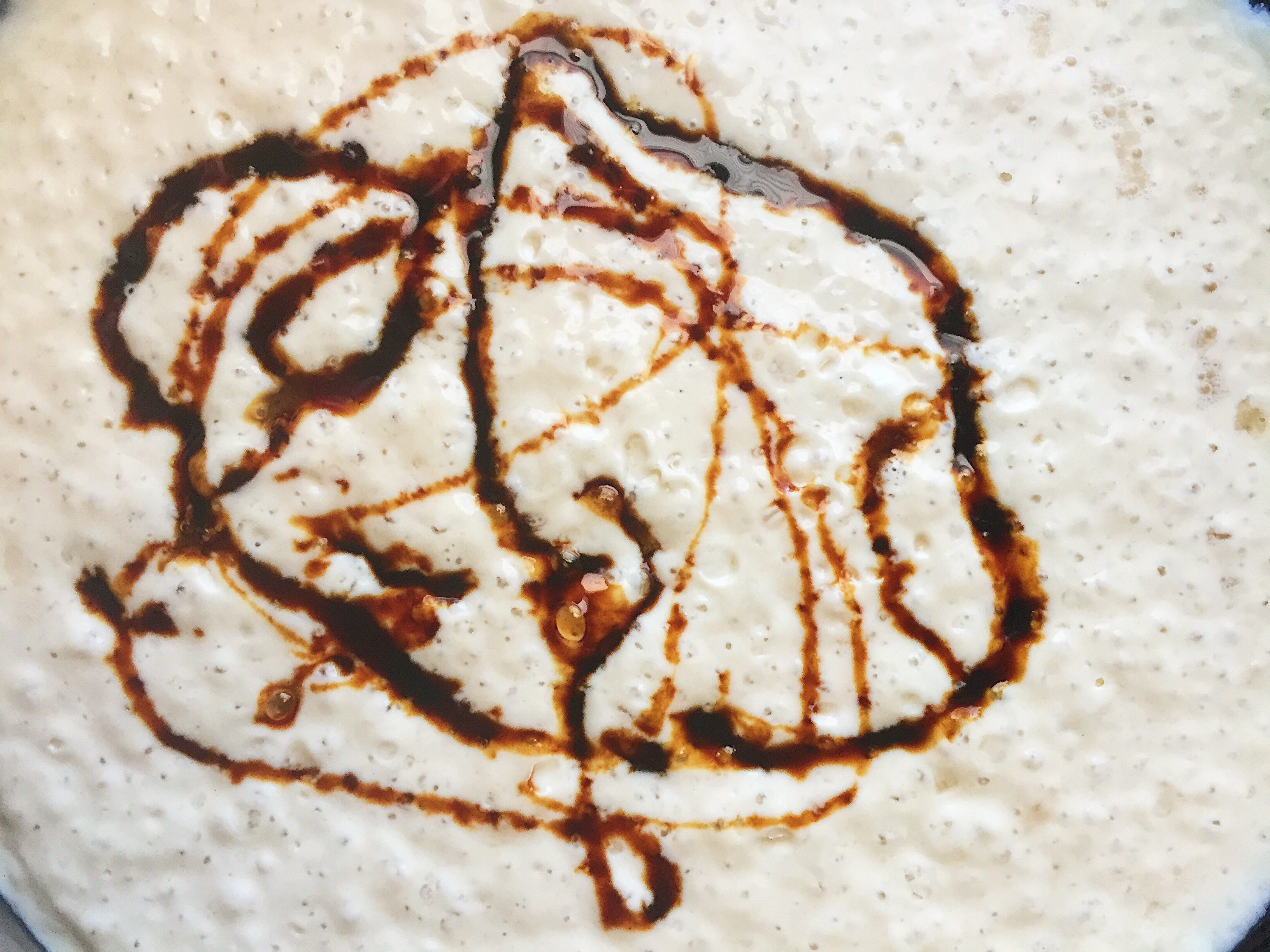 Well, if you’ve been to Germany, you know that their food is much more complex than just sausages and potatoes. It’s also amazing salads, sandwiches, krauts, and döners. But the awesomeness of German food lies in its simplicity and their ability to turn the fewest amount of ingredients into something spectacular. Take for example, the pretzel.

Like every other American, I grew up eating the occasional mall pretzel. Not doggin’ on those at all, because those are delicious in their own right. But German pretzels are an entire different species and really can’t be compared. Let’s start with the thinness of the top half of the pretzel. It gets nice and crunchy with tons of flavor. Then you move down to the puffy bottom of the pretzel which is soft and chewy. The crust is another element–it is incredibly dark. Burnt? No, just containing every flavor molecule you can imagine. 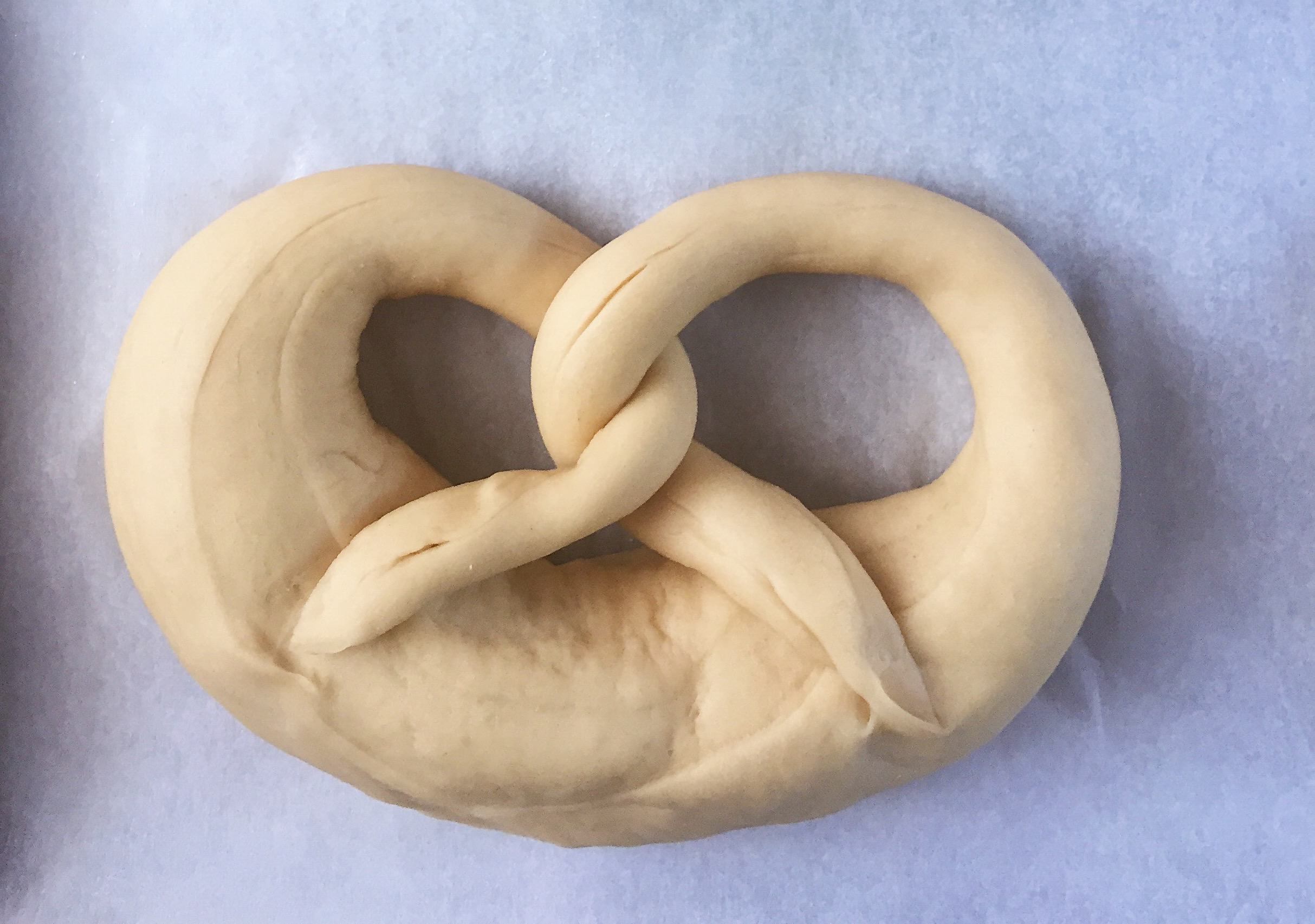 Germans go one step further by slicing open the thick bottom and spreading a pretty healthy dose of butter or quark. You can even get them with chives. I mean, this thing could be a meal. And maybe that’s exactly what it should be. I know it’s good enough to be a meal. Let’s just say there’s a reason why you can buy one the size of your head at beer gardens. 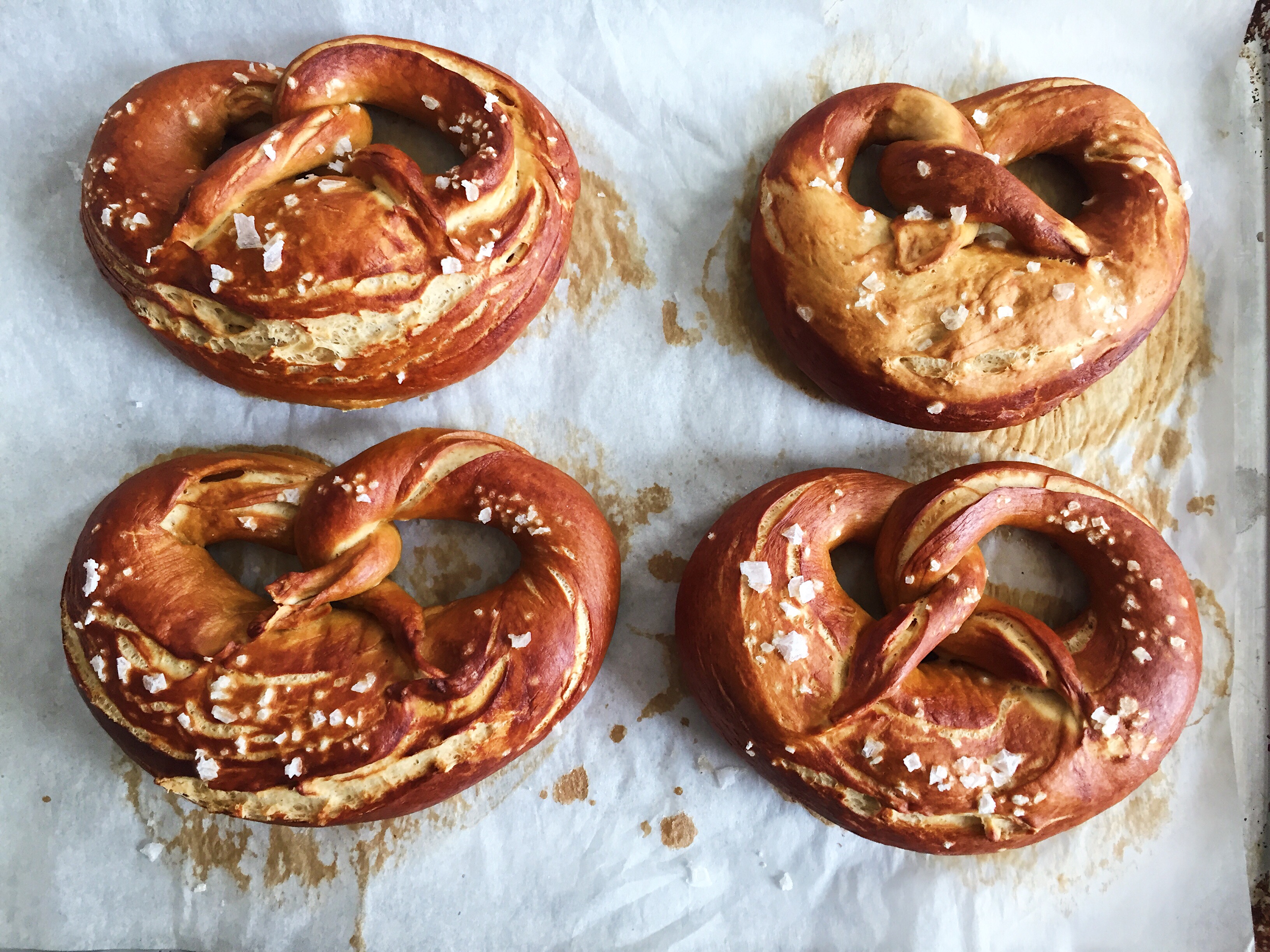 If you’re thinking, Geez lady, give it a rest with the pretzel obsession! I refuse. One, because they are so delicious. And two, they are particularly comforting food for me because I would get them pretty regularly at the bakery around the corner. Brezel is one of the easier German words to say, so they were easy to order.

Also, if you’re feeling intimidated by this recipe, don’t be! The trickiest part is the shaping, but pretzels are very forgiving and thankfully, they are tasty in any shape you make them. This recipe can easily be halved if you’re not in the mood for a big batch. 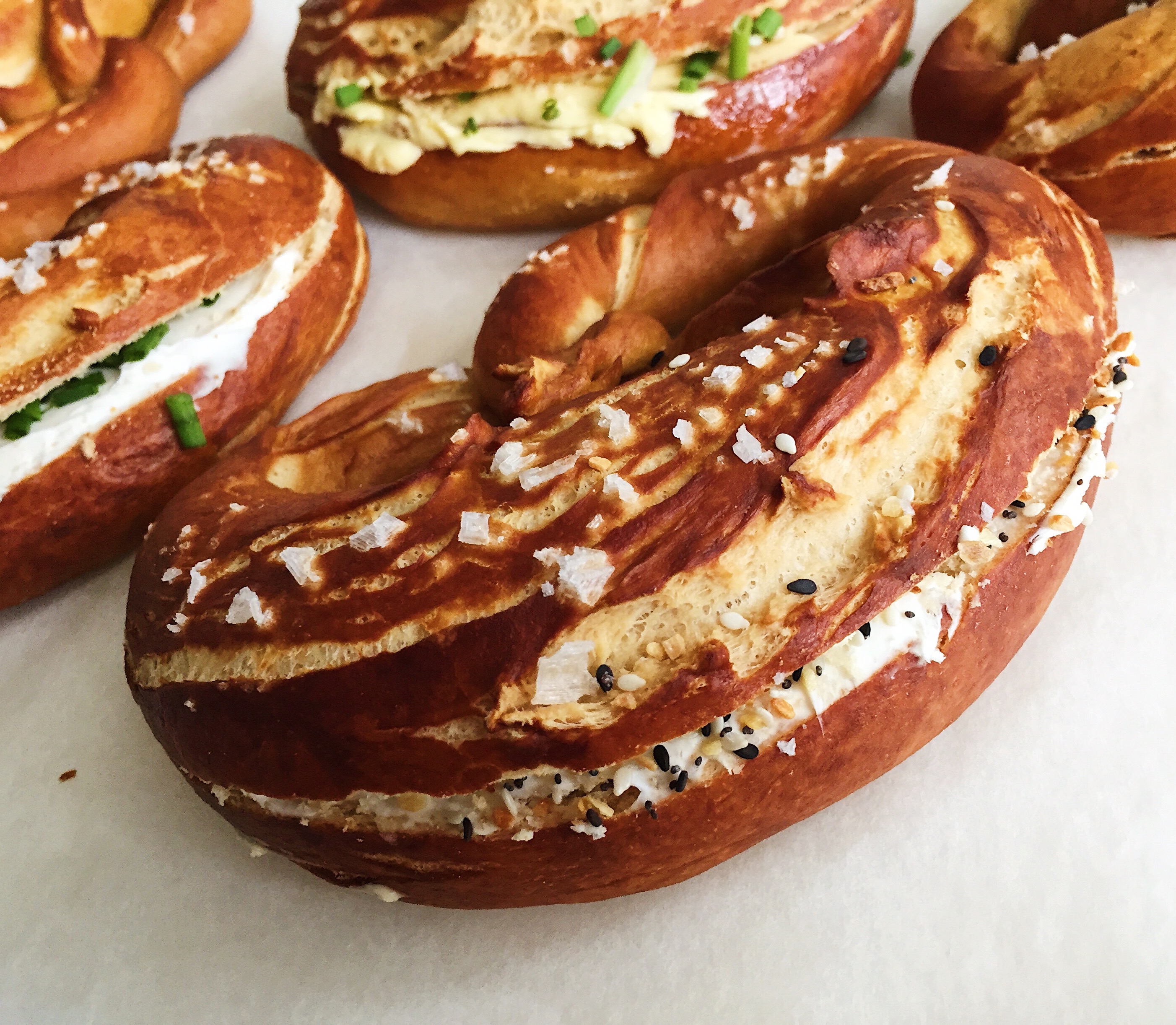 Want to go one step further? After the pretzels have cooled, grab your bread knife and slice open the thick part. Spread with your choice of butter, cream cheese, chives, and Everything but the Bagel seasoning from Trader Joe’s.

Here’s the recipe for you to try! 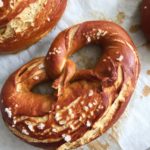 Crunchy, soft, chewy, flavorful--these are a culinary grab bag and are so fun to make.

Remaining ingredients for the dough:

For the boiling solution: