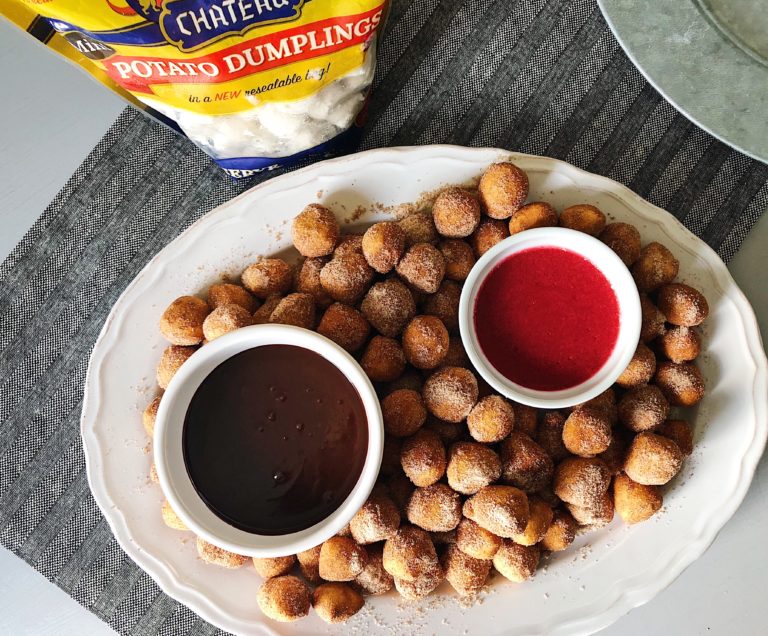 I am like a kid in a candy store when I go grocery shopping. I’m always scanning the shelves, looking for new stuff and looking for new inspiration. I love trying new foods and new products like it’s my end game. So when The Tipsy Housewife invited me to her Chateau dumpling challenge, I couldn’t say no. I mean, just look at these beauties! 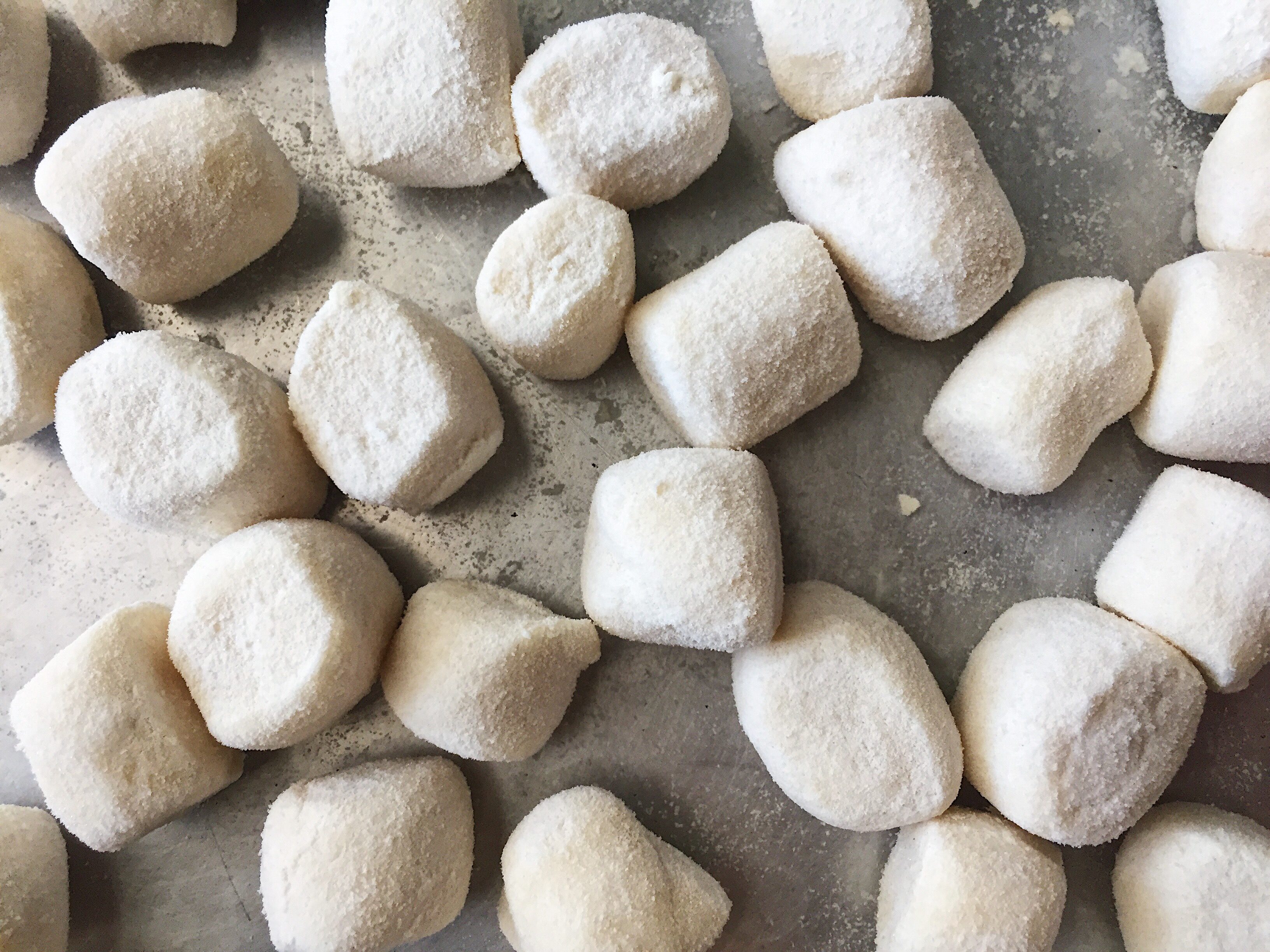 I got the package a few days later, and inside were these gorgeous mini dumplings. Chateau Dumplings is a Chicago-based company that was started in the early 1900s. Since I obviously don’t live in Chicago, I’d never tried them before. But let me tell you, they are a real treat! And I still think it’s so cool they sent me a package of their dumplings. Thanks, guys!

To locate a store selling these tasty things, go here. If you’re not from the Chicago area, you can order their products online here. While there probably about a million things you can make with these versatile little suckers, I had in mind that I was going to make some type of dessert. 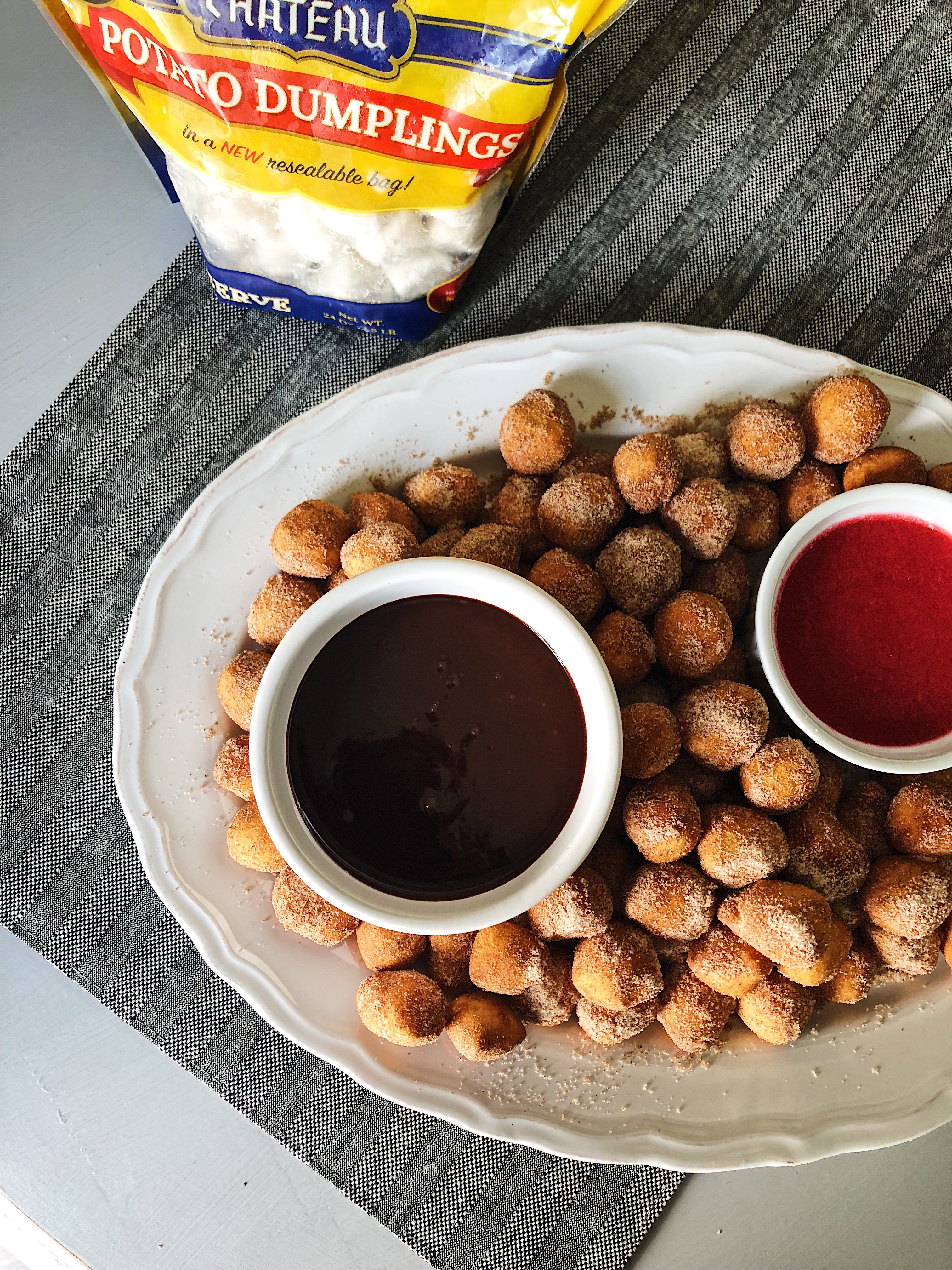 The rules of the challenge were pretty simple: the recipe had to be less than 30 minutes and include less than 15 ingredients. I came up with these churro bites because hey, who doesn’t love churros? Especially dipping them into some awesome sauces? And the best part: there is NO PIPING with these churros! This is already a win on so many levels. 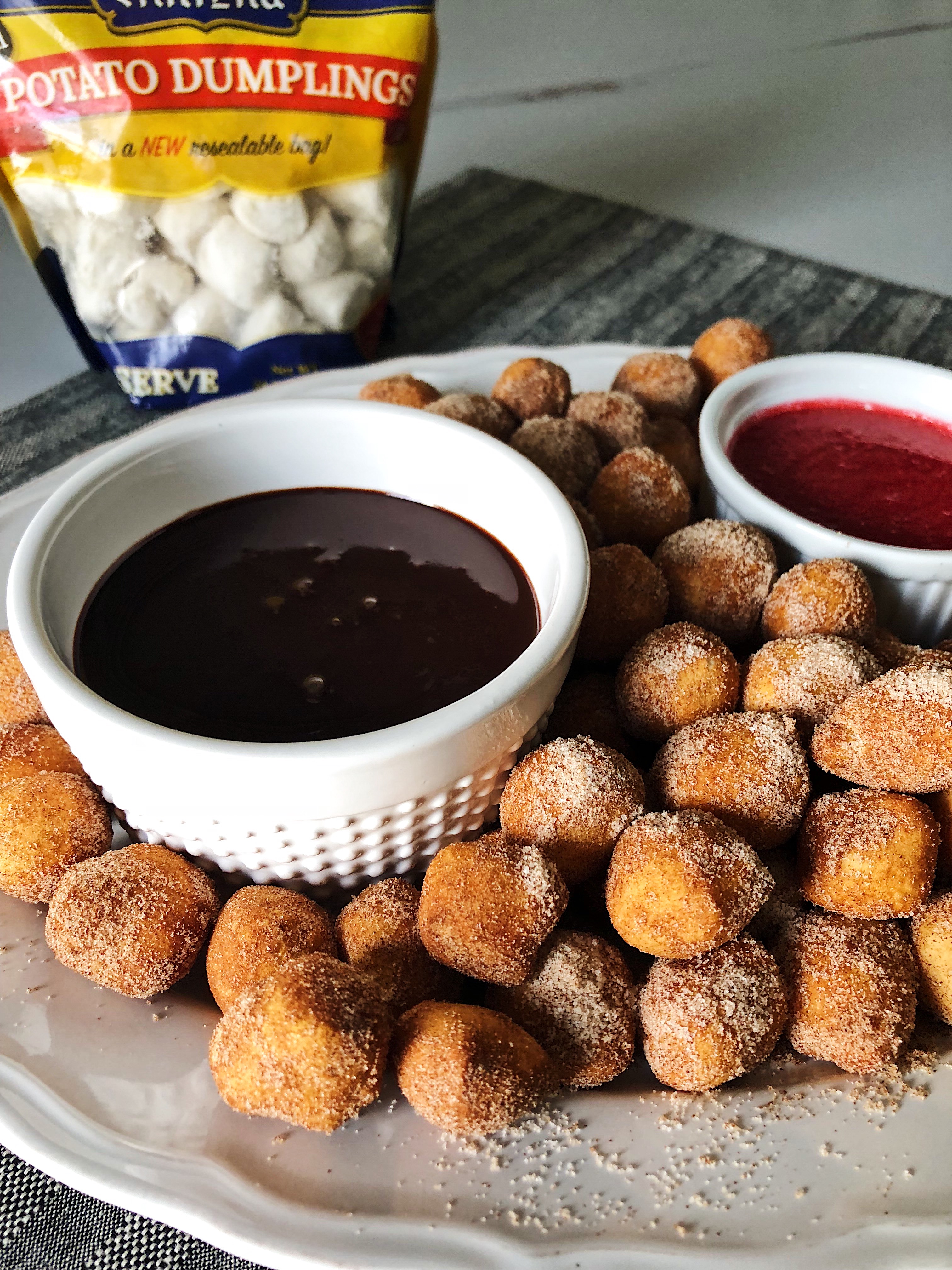 I hope you enjoy this recipe as much as I enjoyed making it. And many thanks to The Tipsy Housewife and Chateau Dumplings for the opportunity! 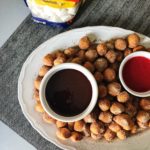 Chateau Mini Potato Dumplings are the secret to this fast, tasty dessert that feeds a crowd.

For the raspberry sauce:

For the chocolate sauce:

For the raspberry sauce:

For the chocolate sauce:

For the churro bites: