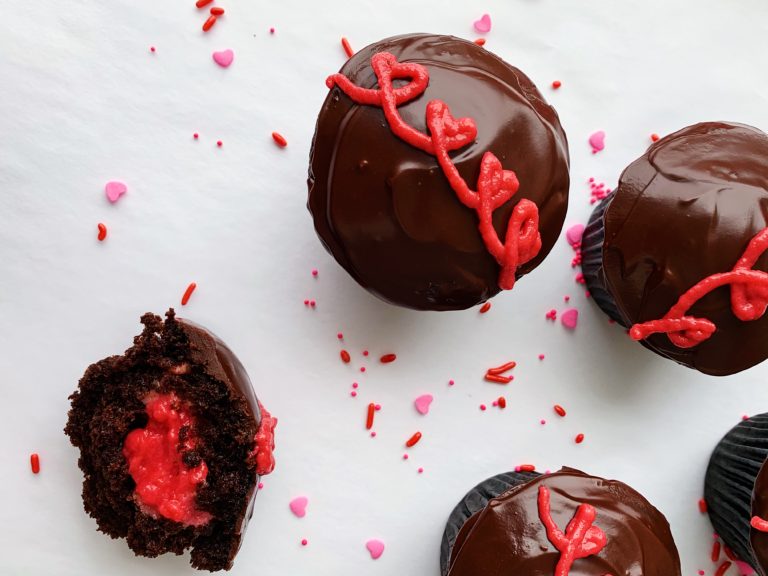 Let’s talk about something serious here for a minute. Who has tried the Hostess Dark Chocolate Raspberry Cupcakes? Man, that’s a mouthful. Well, I’m wondering who actually got some of them into their mouth.

I saw some people posting about them on social media. Of course, my interest was already piqued. For one, I’m not much of a Hostess girl. I mean, sure. I’ll eat their treats once in a blue moon. But what I really like is their cupcakes. And if you follow me on Instagram, you’ll see that I make the knockoff version pretty frequently. I love to make them!

Getting down to business

So when I saw these on the interwebs, I knew I had to try them. The only problem was, I couldn’t find them in my grocery store. Now, I’ll confess that I live in a bigger city. There are multiple grocery stores in a few-mile radius from my house. While I like Hostess cupcakes, I don’t love them that much to make several stops searching for the suckers, especially with kids in tow. Nope. So with the encouragement of an Instagram poll (thanks guys!) I set out to make my own version. And let’s be honest, anything homemade is better than the packaged stuff.

I was armed with some frozen Bear Lake raspberries that I had picked last summer and a jar of marshmallow fluff. My biggest concern was not getting the raspberry flavor to come in strong enough. It took a couple of batches, but I was able to get the flavor just right while still maintaining the creaminess of the fluff. I mean, it’s not exactly like eating a marshmallow. But we gotta sacrifice something here. You’ll still get loads of good raspberry flavor. Just try to find some good raspberries for these things and you’re good to go.

When it comes to making the raspberry puree: I just took my frozen raspberries, let them thaw, and mashed them through a strainer. I didn’t put them in a food processor or blender then strain the seeds out. It was easier and it still worked.

If this this your first time working with gelatin, have no fear! It is easier to work with than it seems. You may actually come to find yourself liking it. It’s all sort of like a science experiment. But what else do you expect from making a knockoff Hostess cupcake? 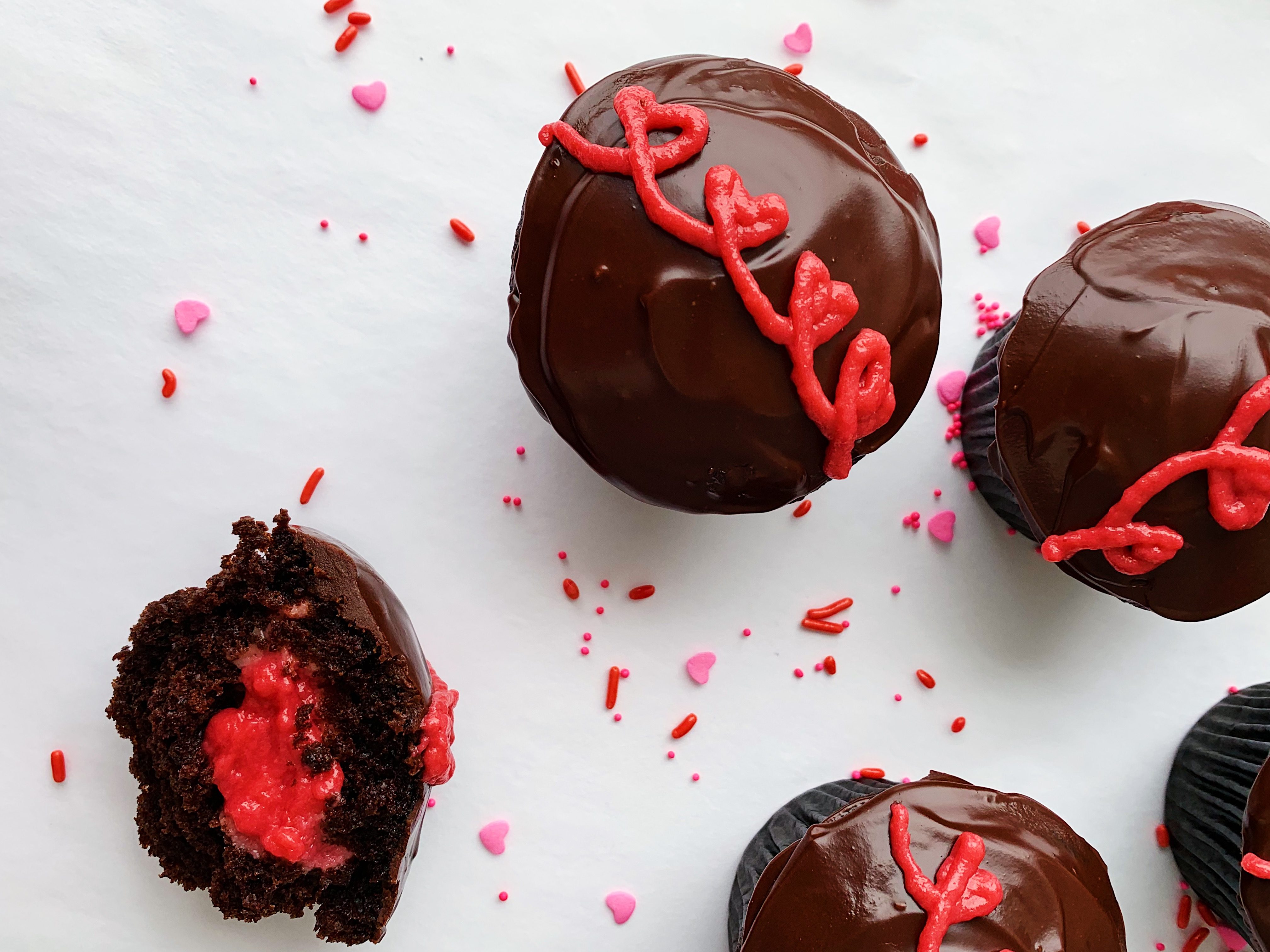 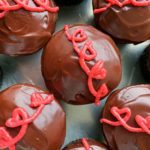 These tasty little devils are a fun treat to make for Valentine's day. Or any day, for that matter.

For the chocolate glaze: