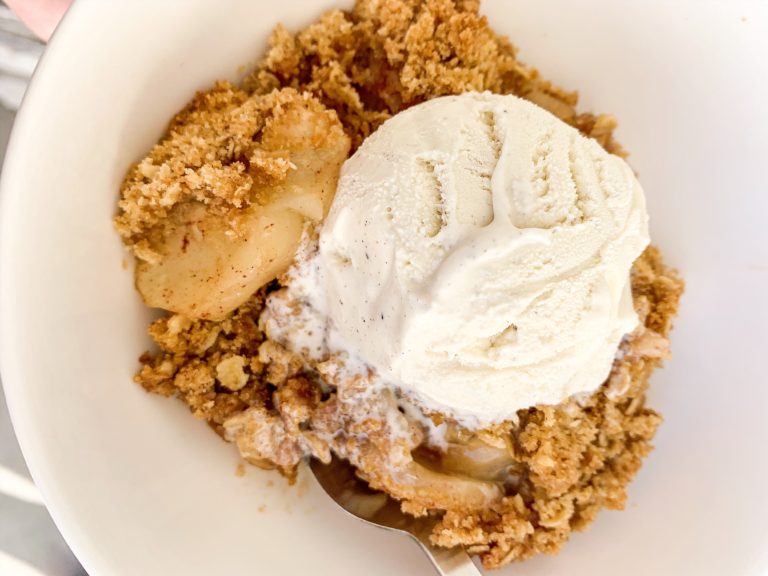 *cue music * It’s the most wonderful time of the year! Not Christmas silly, apple season! Fall and apple season. I mean, I love Christmas too but nothing is better than making apple crisp with fresh apples.

One of my favorite family recipes as a child was my grandma’s apple crisp. Peeling the apples, dousing them in cinnamon, smothering them with butter and crisp mix, then smelling them as they bake in the oven is one of the best fall traditions. Then, after the crisp is finally done, it’s smothered in ice cream or whipped cream (while still warm, of course). I mean, dessert is comforting but few things top a warm crisp, in my opinion.

When I was little, I remember my grandma grabbing a bowl of apples and sitting down to peel them. She could peel an entire apple in one piece! I thought it was the coolest thing ever. I immediately made up my mind that when I got older, I was going to become a master of the paring knife just like my grandma. I’m not quite there yet, but maybe with a few more years of gobbling down apple crisp, I’ll get there. 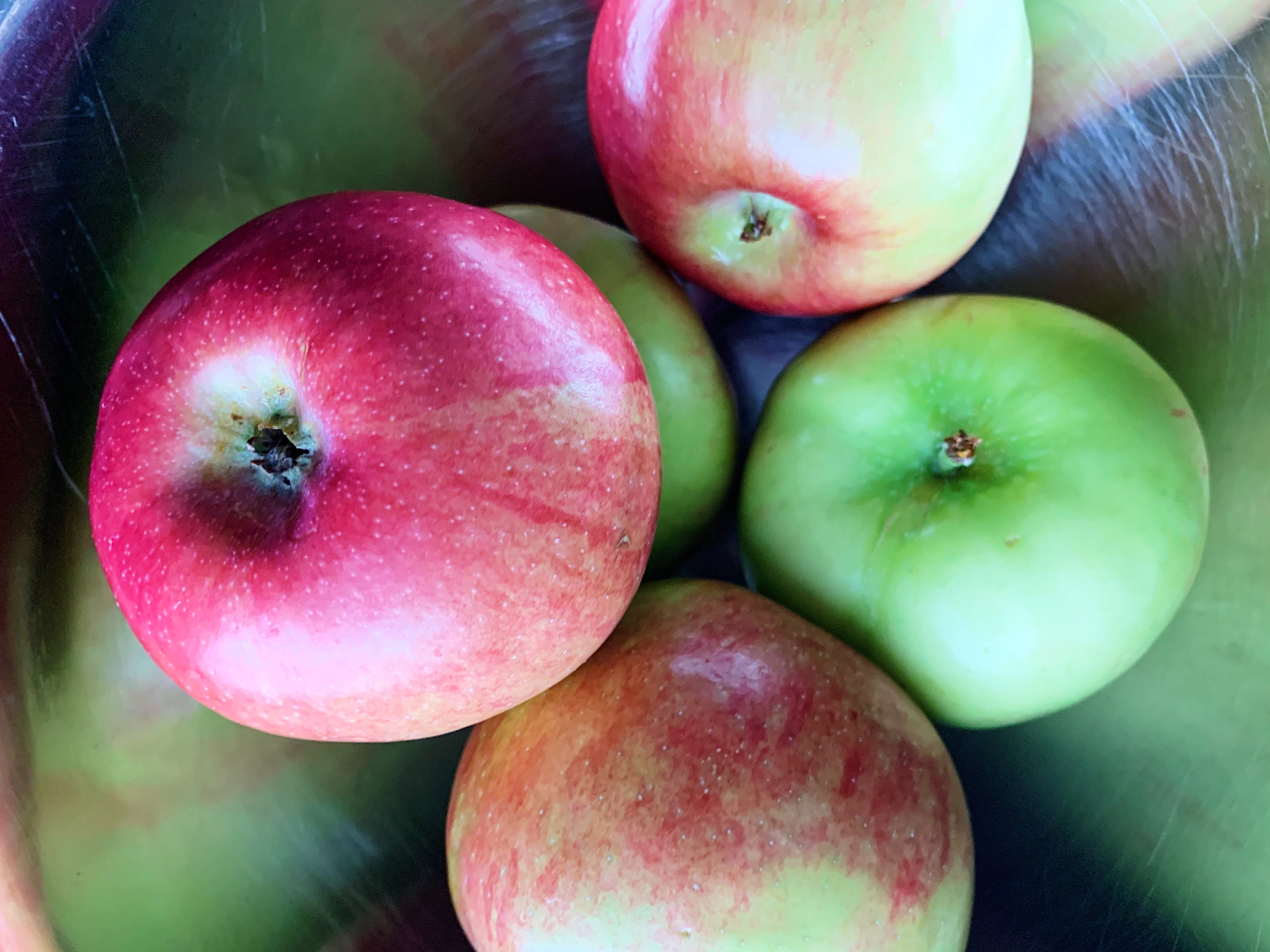 What kind of apples should you use?

Finding a good baking apple can be a challenge, but fall is the best time to search for them. The first thing you should do is look for some fresh, local apples. I bought mine from Zollinger Fruit and Tree Farm in River Heights, Utah. I used a mix of Cortland and Jonathan apples.

Now, I know that apples vary by region and there’s a million different types grown across the world. When you go to a fruit stand, ask one of the workers which apples are best for baking. Chances are they have been asked this question already and they’ll be able to help you pick a good apple.

Generally speaking, the best apples for baking are ones with a tart, but sweet flavor. They’re also generally not too juicy, because juicy apples are bad news for pies (trust me, I know). If you’re at a grocery store with a minimal selection, grab some Granny Smith apples. They’re always a safe option and easily found everywhere. 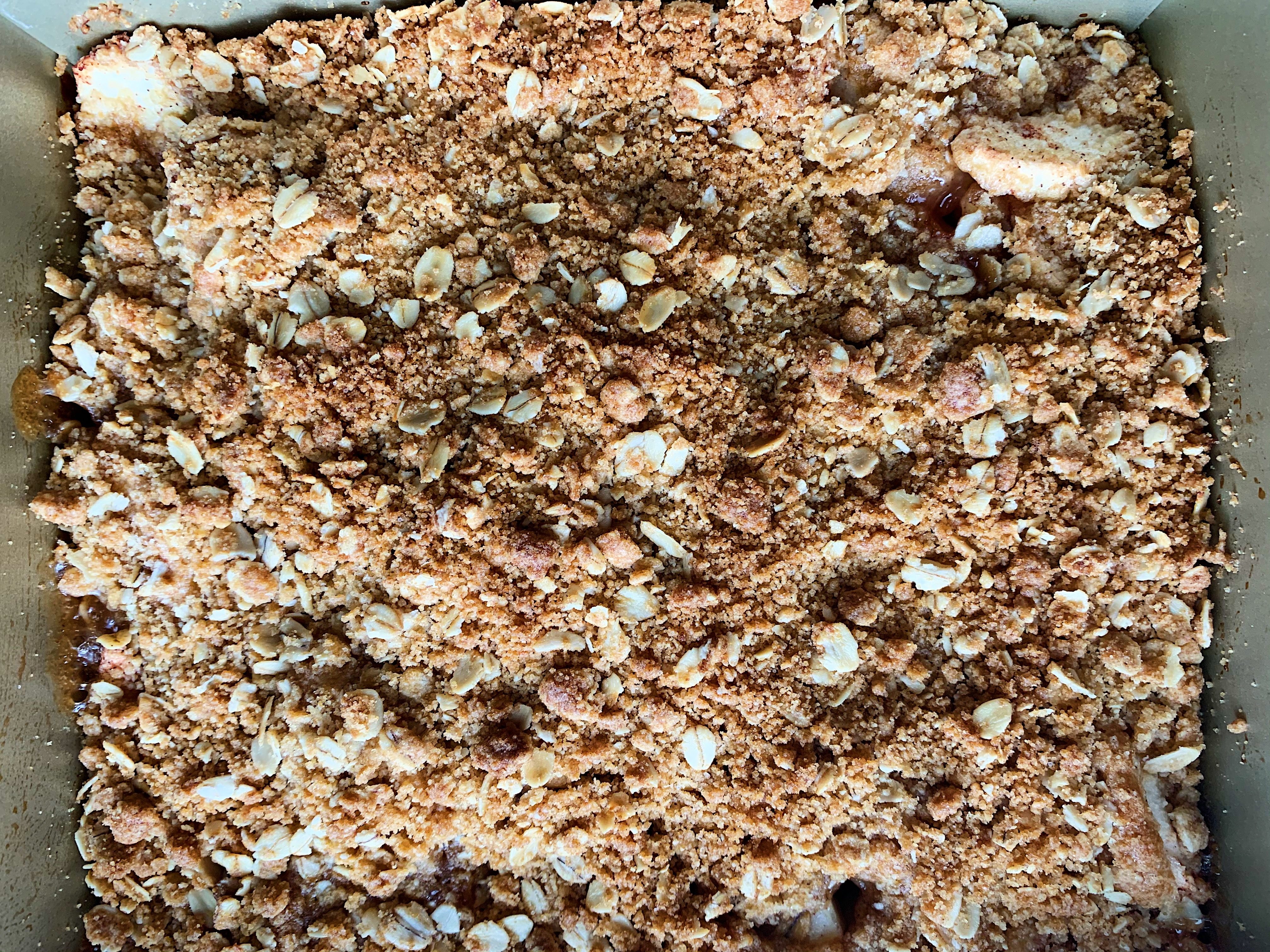 How to make the topping

Crisp has to be one of the easiest desserts ever. To make this crisp, all you have to do is briefly mix together the dry ingredients. Then you mix in some butter, either with a mixer, fork, or a pastry cutter. After the apples are peeled and cut, you mix them with the cinnamon and sugar, dump them into the baking pan, then smother them with the crisp topping. That’s it, ladies and gents! 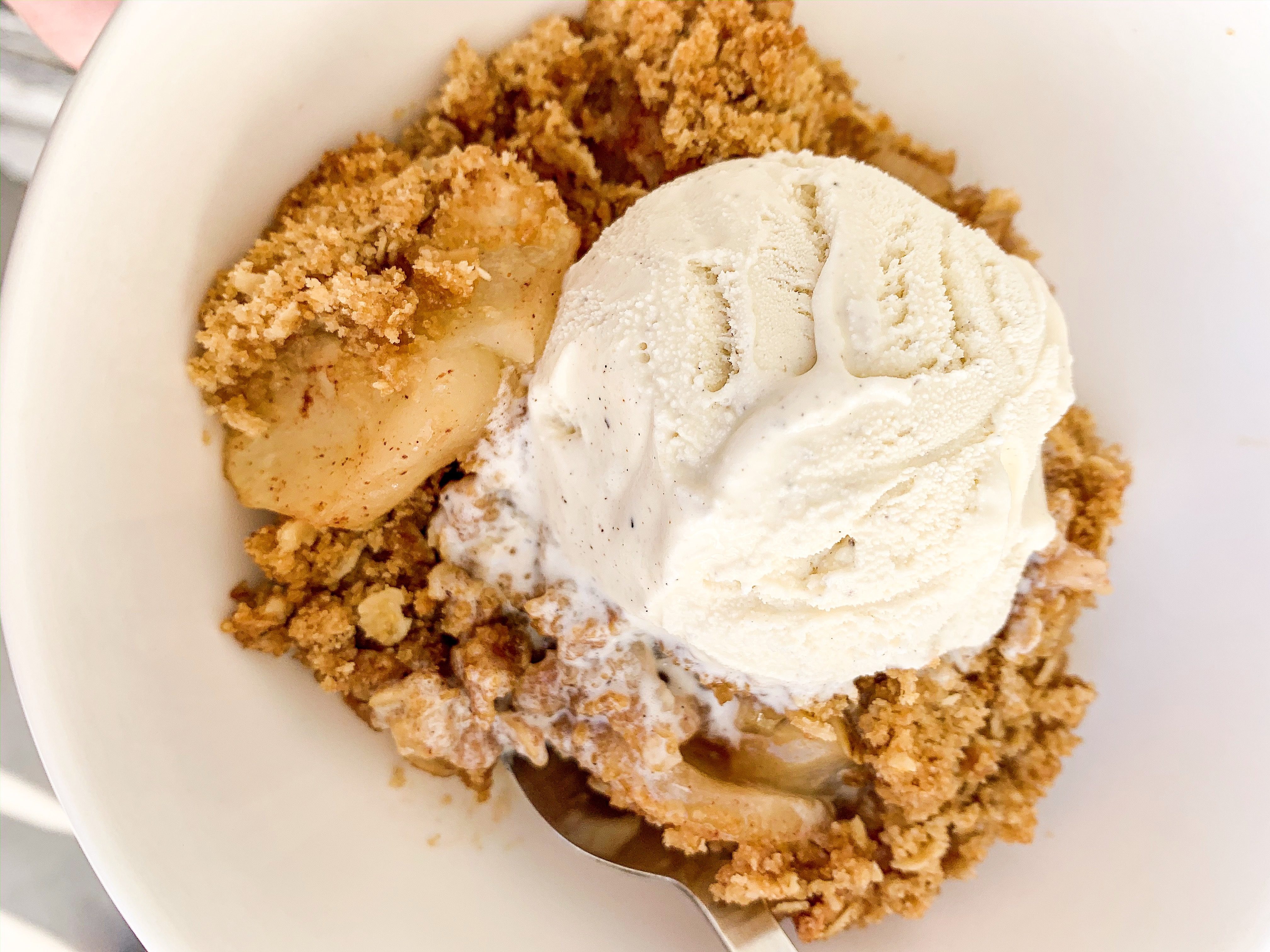 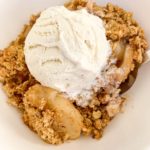 This is one of the most comforting fall desserts. Grab some fresh apples and make yourself a pan, you won't regret it!